A 2017 national survey conducted by SmartMove of 669 landlords found that the market still very much favors rental property owners, which is consistent with rental and home ownership trends since the 2008 financial crisis.

A significant majority of respondents (57 percent) say rents have increased from a year ago while most landlords say their ability to find qualified renters has become easier (18 percent) or has stayed the same (53 percent). Annual turnover was low, with more than two-thirds of landlords (about 70 percent) saying they had to refill vacancies 20 percent of the time or less. 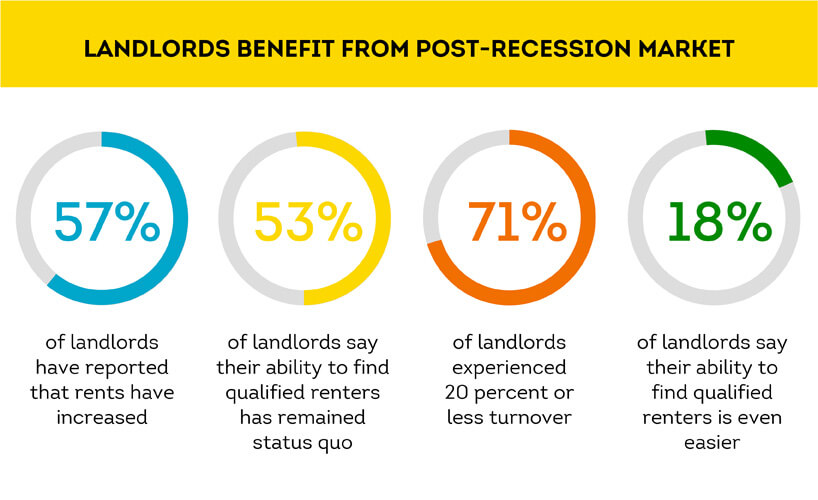 Those numbers aren’t surprising given that the percentage of Americans moving over a one-year period fell to an all-time low in the United States in 2016, according to the U.S. Census Bureau. In the same report, the U.S. agency said that the main driver (42 percent) for moving was related to housing, such as wanting a new or better home/apartment.

The rise in rental rates is part of a longer-term trend that resulted from the fallout of the Great Recession. Between 2006 and 2014, the number of people in the United States who went from being homeowners to renters jumped nearly five percent, according to Trulia. That meant more people searching for a home or apartment to rent, leading to a 22 percent increase in average rent costs in the 50 biggest housing markets during that time, Trulia reported. The information is based on data from the American Community Survey, the ongoing statistical analysis from the U.S. Census Bureau.

Quest for the Best Renters Continues

The current climate means that landlords can afford to be selective when it comes to finding new tenants. One easy way to cull larger applicant pools is by properly screening tenants. While more renters may be knocking on your door, not all tenants are equally attractive if they come with a bad credit history, past evictions or relevant criminal convictions. About half of landlords (49 percent) say that tenants are remaining in units longer than they were a year ago. And if a tenant stops paying, remember that evictions can be expensive, with the average eviction costing landlords $3,500. If you screen, you’re more likely to end up with a reliable tenant that you’ll want to keep.

In fact, evictions are the most worrisome issue for landlords right after payment problems, according to the SmartMove survey. A bit surprisingly, only about 85 percent of landlords say they run an eviction report on all applicants. About 90 percent say they always run credit and criminal background checks. Of the handful that eschew screening tenants, about 36 percent say they simply “trust their gut” that the tenant will work out. A nearly equal amount (38 percent) say they don’t screen a particular applicant because he or she “didn’t raise any red flags.” About 13 percent don’t want to spend the money for screening services. And about a fifth (21 percent) simply aren’t aware that online tenant screening is an option. 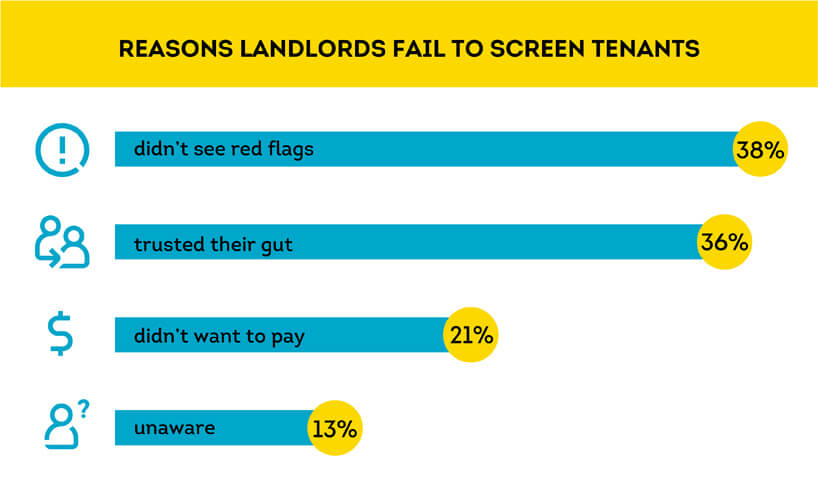 For those landlords who do screen tenants, they rank eviction history as the second-most important factor in making a leasing decision, right after income and employment history. Third was criminal background, followed closely by credit history at fourth. Landlords say they are least concerned with checking references.

More than 95 percent of landlords believe tenant screening is beneficial and helps them get a higher-quality tenant into their rental unit.

Attitude toward Being a Landlord

More than half of landlords (51 percent) report that being a landlord is more attractive or lucrative than it was a year ago versus about a third (33 percent) who feel the opposite. About 16 percent did not respond because they were not landlords 12 months ago.

The SmartMove survey also looked at what stressed landlords out the most.

Pretty much an equal number (22 percent each) listed loss of income and troublesome tenants as the biggest headaches. Maintenance was the biggest worry for about 16 percent of landlords. About 13 percent of landlords listed tenant evictions as the central pain of the job, followed by tenant turnover (12 percent), general stress of the job (10 percent) and staying on the right side of the law (5 percent). 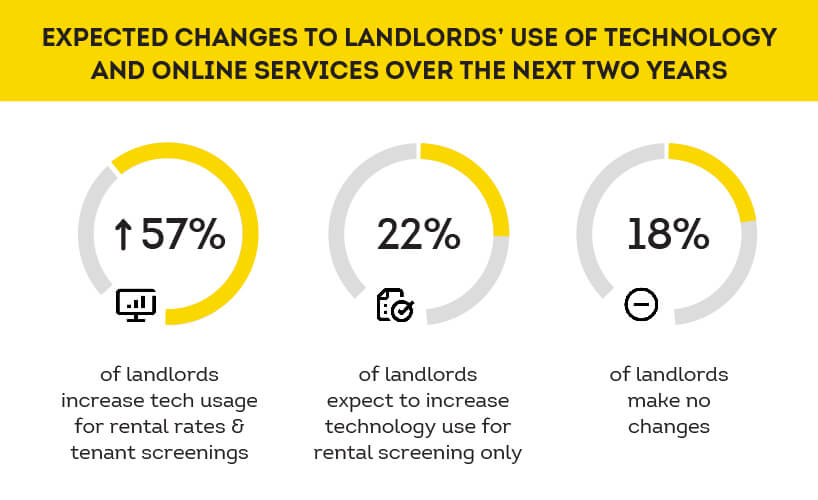 The ability to embrace technology will prove important in the future. A report in TechCrunch, an online tech news site, predicts technology will soon transform many aspects of the real estate economy. Among the innovations that landlords should see are robust mobile applications to help manage properties. One Silicon Valley startup called Zenplace is even using artificial intelligence, a technology that revolves around machines capable of complex tasks, to help make property management more proactive. For example, it might identify the possibility that a hot-water heater may soon fail based on existing data—and even suggest the best fixes for the problem.

Respondents to the SmartMove survey represent a broad cross-section of the country.

Nearly a third (28 percent) manage more than 10 units. On the other end of the spectrum, about a fifth of respondents (21 percent) look after one property, while another 23 percent manage two or three properties. Thirteen percent manage four or five units and another 13 percent run five to 10 units.

A full third of respondents (33 percent) come with loads of experience—more than 10 years. Nearly a quarter more (23 percent) have at least five to 10 years on the job and nearly another third (32 percent) have worked as landlords for at least one to five years. Less than 12 percent are relative rookies, with less than a year managing property. 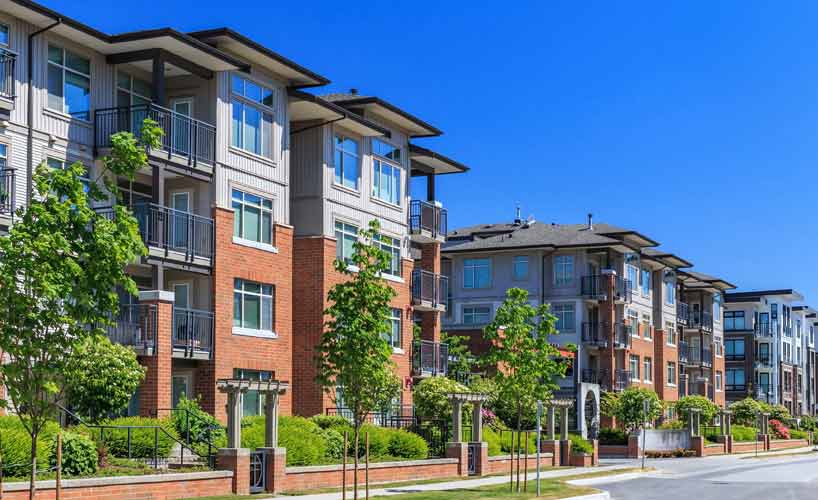 As noted earlier, the number of renters has increased dramatically in the last decade. A report from the Joint Center for Housing Studies of Harvard University echoes the earlier Trulia article: In mid-2015, 43 million families and individuals lived in rental housing, up nearly nine million from 2005—the largest gain in any 10-year period on record. The same report notes than nearly eight million homes were lost to foreclosure after the 2008 housing bubble burst, while household incomes have fallen back to 1995 levels. Mortgage credit has tightened and interest rates are slowly creeping up.

Another big factor is that Millennials, the largest generation in U.S. history, have been slow to embrace home ownership. They are less likely to engage in traditional life events such as marriage, which is strongly correlated with first-time home buyers. Finances also play a role. Respondents in the SmartMove survey say they believe higher student debt and higher unemployment are factors that hurt those tenants from meeting their rent payment obligations, let alone owning a home.

If these trends continue, the rental market could continue to favor landlords. That means rental rates could remain high while tenant turnover could stay low, as renters try to avoid higher rates by staying put. Of course, there are ways to raise rent on current tenants without complaints.